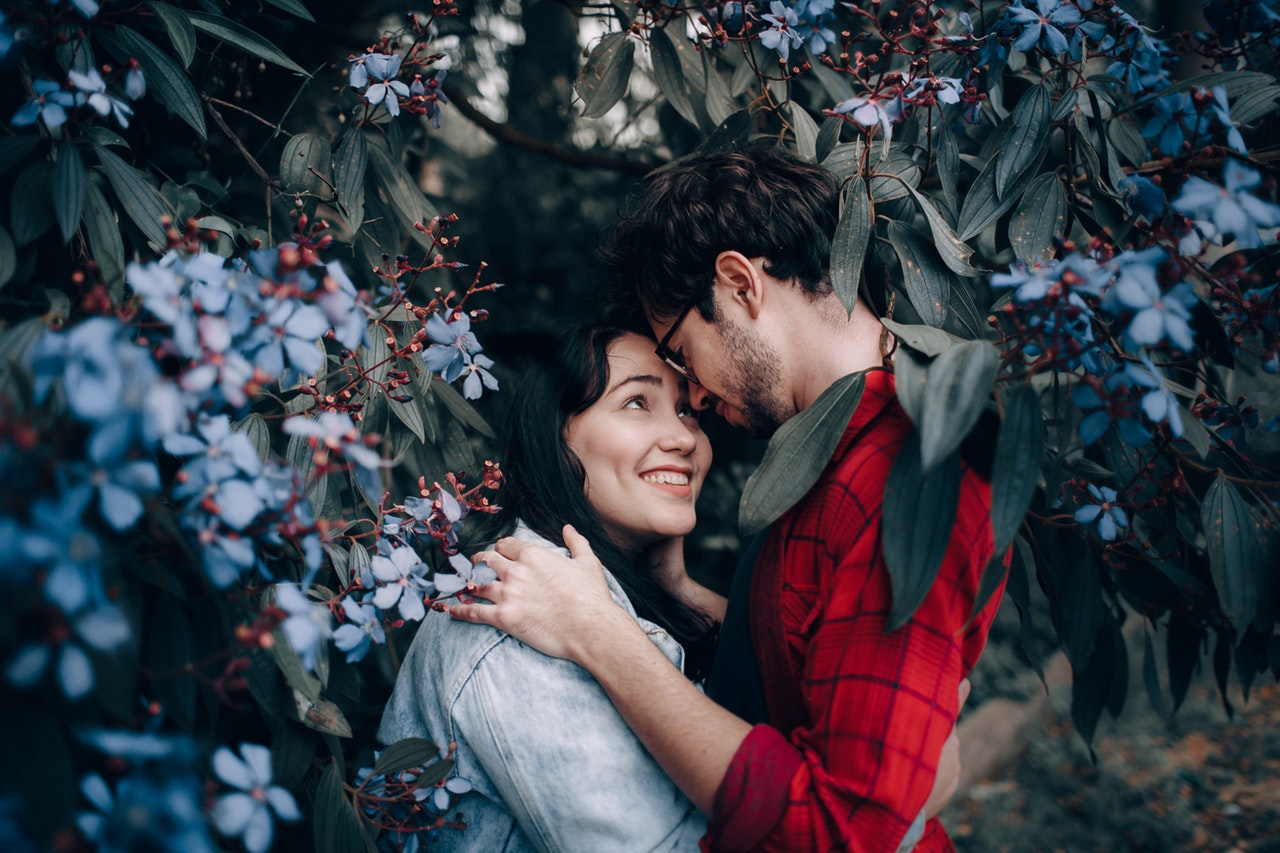 If you’re in a relationship with a guy who makes you feel like you’re the only person in the world, it’s easy to get swept up in that feeling.

You want to believe him because what if he’s right?

What if someone really does love you that much?

After all, when it comes to relationships, we all want to be with someone who cares about us.

But what if he doesn’t?

What if he’s pretending to be in love with you so he can get something else out of it?

Here are some signs he pretends to love you:

9 Signs He Pretends To Love You

A guy who’s pretending to love you will be inconsistent.

He’ll tell you one thing and do another.

He’ll tell you he loves you one minute, then act like it’s no big deal the next.

He’ll be warm and affectionate one day, then cold and distant the next.

If a guy you’re dating is only loving and attentive when he wants something or when he feels like it, that’s a huge red flag.

If you feel like his love is conditional on whether or not you’ve done something to make him happy, he’s definitely up to something.

If he really loves you, he’ll want to show it all the time, not when he stands to get something from you.

2. He seems distracted and not fully present in the moment when he is with you 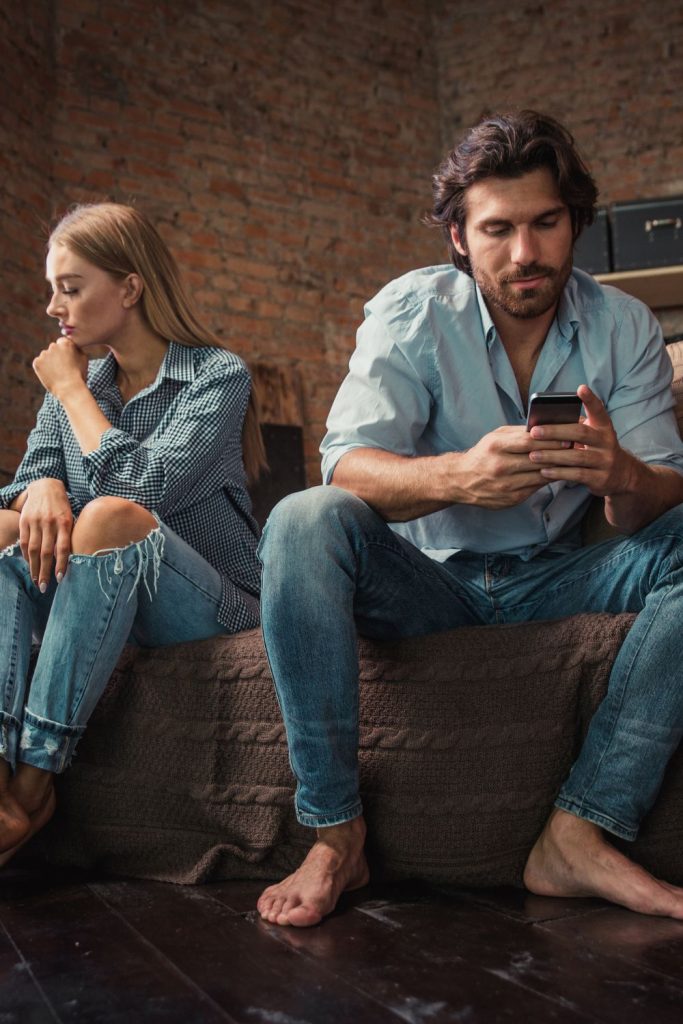 When a guy is genuinely into you and cares about your feelings, he will be an active listener and participate in the conversation.

He’ll ask questions, laugh at your jokes, and make sure to have eye contact with you when it’s needed.

If this guy is pretending to love you, he might sit quietly while you talk or check his phone every few minutes.

He may even interrupt the conversation by bringing up something else that happened at work or over the weekend.

This is because he’s not really invested in the relationship.

If he were, he’d be making sure that you’re always a priority—and one way to know if this is happening is by noticing how much energy he puts into his interactions with you.

Anyone can get easily distracted, especially with our phones these days.

But if this keeps happening and you are feeling neglected by him, maybe he doesn’t really care about you.

3. He doesn’t want to introduce you to friends and family

If he pretends to love you, he will never introduce you to his family or friends.

This is because love is associated with intimacy and commitment.

If he’s pretending to love you, he doesn’t want these things for himself.

Instead, he’ll try to keep you at an emotional distance so that the relationship never gets too real or intimate.

When a man introduces you to his family, it’s because he wants everyone in his life (including himself) to know how important you are to him.

So if you’ve been dating for a while and he still introduced you to his people, why is that, sis?

4. He doesn’t want to meet your friends and family

Of course, he doesn’t want to meet your people.

He wouldn’t introduce you to his people and he wouldn’t meet yours.

He’s not as into you as he claims.

Well, it could also mean that he’s insecure about himself, he doesn’t feel like they’ll approve of him or he’s just not ready to meet them yet—but if the rest of the signs are there, it’s possible that his feelings aren’t genuine.

5. He tells you what you want to hear instead of being honest with you

If there’s one thing that’s sure to drive a wedge between you and your partner, it’s dishonesty.

If your guy is constantly telling you what he thinks will make you happy or keep the peace instead of being honest about his feelings, that’s a sign that he isn’t as committed to the relationship as he could be.

It’s easy to lie when the truth isn’t the most convenient answer.

So as a way to convince you that he loves you, he may tell you what you want to hear or make promises he has no intention of keeping.

He’s willing to lie and manipulate his way into getting what he wants.

Because that’s the major reason he’s pretending to love you in the first place—for his own gain—whatever that is.

6. He likes to spend time with you but doesn’t want people to know about it 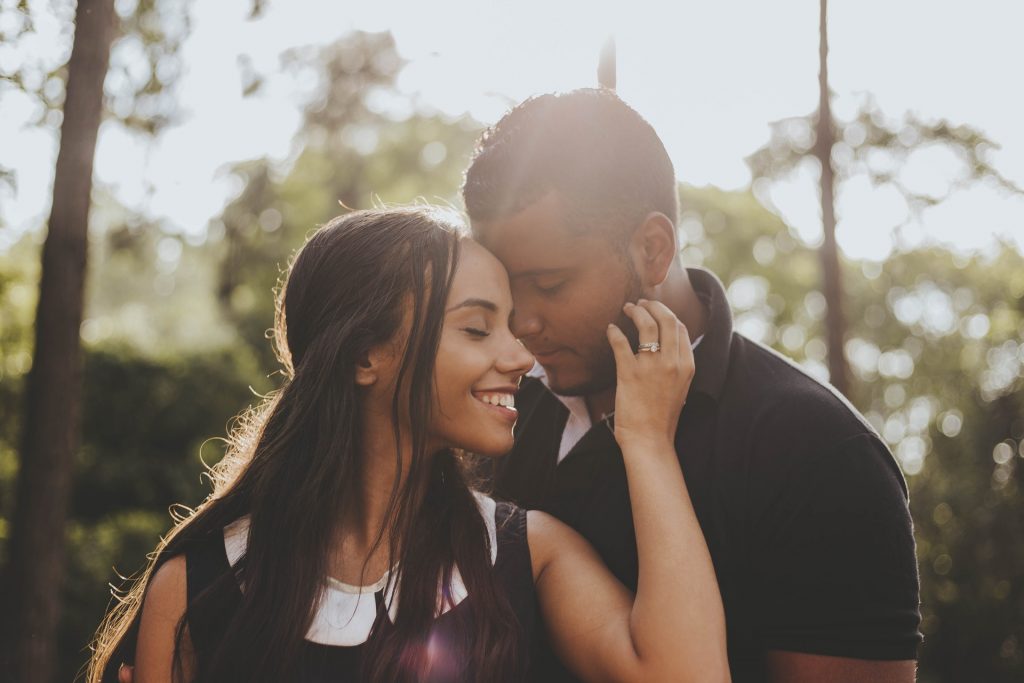 This is a classic sign of someone who pretends to love you.

He may be spending all his time with you, but he doesn’t want anyone else to know about it.

He avoids being seen in public with you and refuses to introduce you as his girlfriend.

If a guy is truly into you, he’ll want to be seen with you and show you off.

And not hide you away from the world like some kind of dirty little secret.

7. You feel like he just takes and takes from the relationship without giving anything back

This is a sign that the guy you’re dating is only pretending to love you—he’s not actually in love with you.

He just wants to use you for his own purpose.

A good relationship is balanced; both people give and take in equal amounts.

They are equally invested in making sure things work out between them.

This means being willing to compromise and make sacrifices in order to make each other happy.

It also means being willing to offer your partner encouragement, validation, and support whenever they need it—even if that means sacrificing something for them.

But when you’re in a relationship where a guy is constantly taking without ever giving anything back, you will feel drained and resentful, and that’s a guy who doesn’t care about your happiness.

8. He doesn’t take the relationship seriously

Relationship is serious commitment, and if a guy is not taking your relationship seriously, he might not have good intentions towards you.

If he’s not taking his time to get to know you or putting in the effort to maintain a healthy relationship with you, he’s likely just going through the motions.

Here are some ways this shows up:

-He never initiates plans with you, but always seems happy when you do.

-He makes excuses for not hanging out with you (like saying he’s busy) but never asks how your day was or what you’re up to.

–He never initiates texts or calls and always waits for you to make first contact except he wants something from you.

-He forgets your birthday, anniversary, and other important things you tell him.

He may have taken the relationship seriously at first just to prove that he’s into you but no one can consistently pretend for a long time.

So, he’ll start showing his intentions through his actions.

9. Your instincts tell you

Your instincts are a powerful thing, and they can be a good indicator that something is wrong in your relationship.

When you have a feeling something is off with your partner but you can’t quite put your finger on what it is, it might be time to pay attention to your instincts.

When you’re in a relationship, you’re going to have moments when you’re not sure if your partner really loves you.

But if this happens frequently, don’t discard it.

When you’re with someone who’s pretending to love you, they will be trying too hard.

They’ll be acting in a way that they think they should act in order to seem as if they’re into you, but it’s not genuine.

So, if your instincts are telling you something is off, it probably is.

If these things sound familiar in your relationship, step back and reassess what’s going on.

It’s okay if you’ve been giving him the benefit of the doubt—but if you don’t want to be heartbroken, don’t ignore these signs.