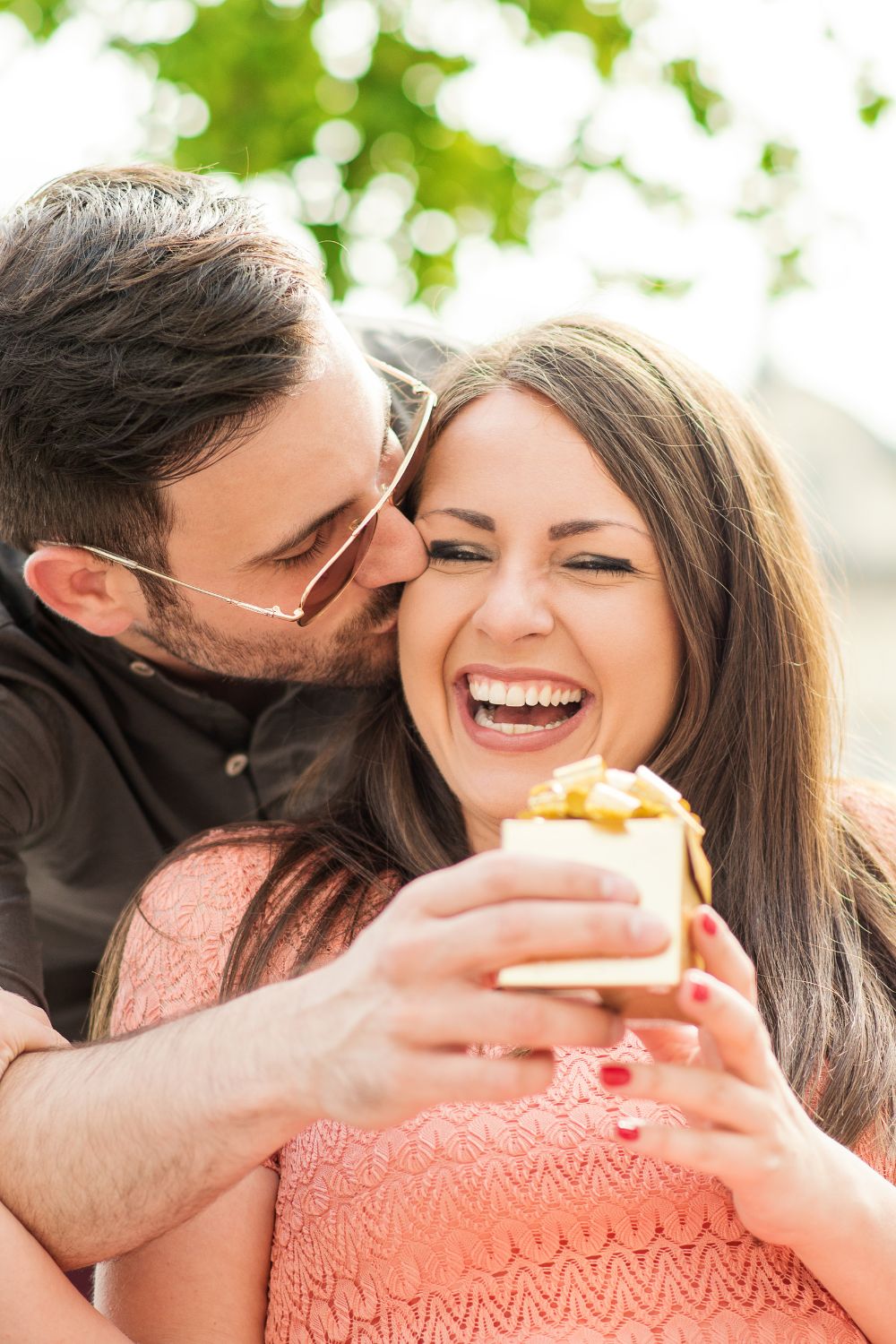 You know what’s better than having a guy fall in love with you?

Having him fall in love with you and then making him crazy about you!

Below are tips on how to make him crazy about you:

How To Make Him Crazy About You

1. Know and understand him

The key to making a guy crazy about you is knowing and understanding him.

Everyone wants someone who just gets them.

Isn’t that why we love our best friends?

They love and understand us.

So to make a guy crazy about you, you need to know and understand him like no one does.

Every guy wants someone who knows what he likes, how he thinks and feels, and what his needs are.

Get to know his interests, so you can relate to him and make him feel like he has found someone who understands him.

Trust me, your guy will be crazy about you and would be fool to lose you. 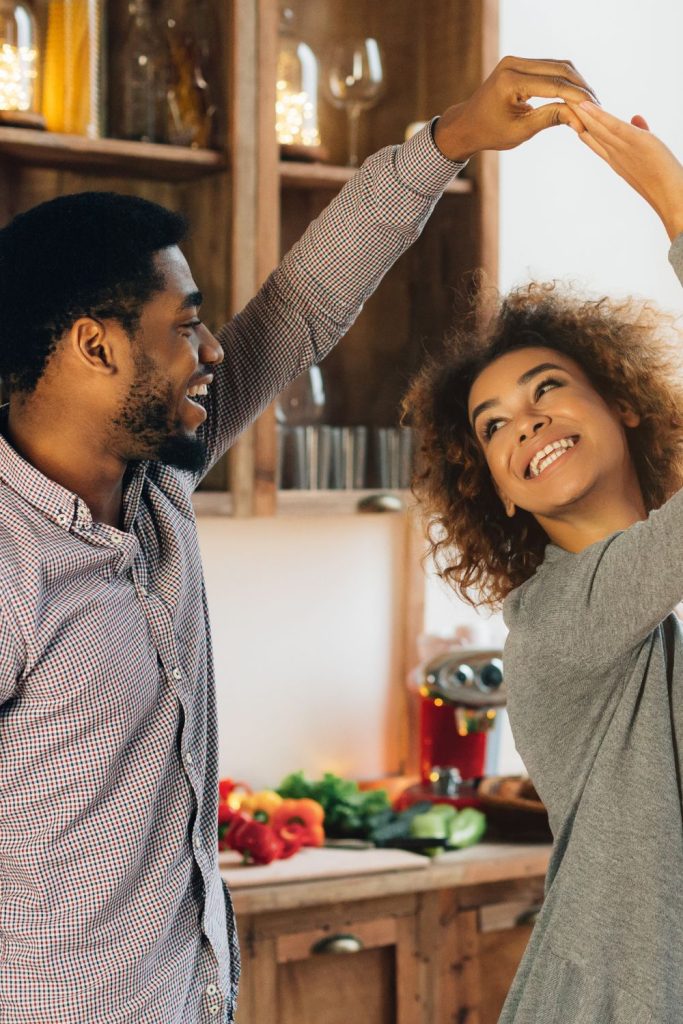 When you’re trying to make a guy crazy about you, it can be tempting to act differently than you normally would.

But if your goal is to get him to fall in love with the real you, then being yourself is the best way to do it.

It’s easy to fall into a pattern of trying to be what you think he wants, but when you’re not being true to yourself, you miss out on the chance to show him who you really are.

When you’re yourself, your guy will see that he’s with someone who knows who she is and isn’t afraid of being herself—and that will make him want you even more.

Also, someone who is attracted to who you really are would be more likely to stay attracted after they learn more about who you are.

Being yourself doesn’t mean you should not work on yourself or manage your excesses.

But a guy who is crazy about you will be patient with you while you do that.

You might think being his girlfriend is the only way to make him crazy about you, but you’d be wrong.

They like to have fun with you and want to know that you’re the kind of person who will always be there for them.

If you think about it, having a good friend is one of the most important things in life.

Friends are what keep us sane and happy.

If you want a guy to fall in love with you and be crazy about you, make sure he knows that he can count on your friendship first and foremost.

What is the point of being his girlfriend if he can’t count on you as a friend?

One of the best ways to make a guy crazy about you is to be affectionate.

You don’t have to do anything too over-the-top or extreme, like wearing lingerie or tying him up and making him wear a collar.

Being affectionate means touching him in some way that shows that you care.

Little touches like handholding, high-fives, or giving him small kisses on his cheek are all ways to show physical affection without being too forward or intense.

When you’re affectionate, he’ll feel like you really care about him—and it will make him want to show you how much he cares back. 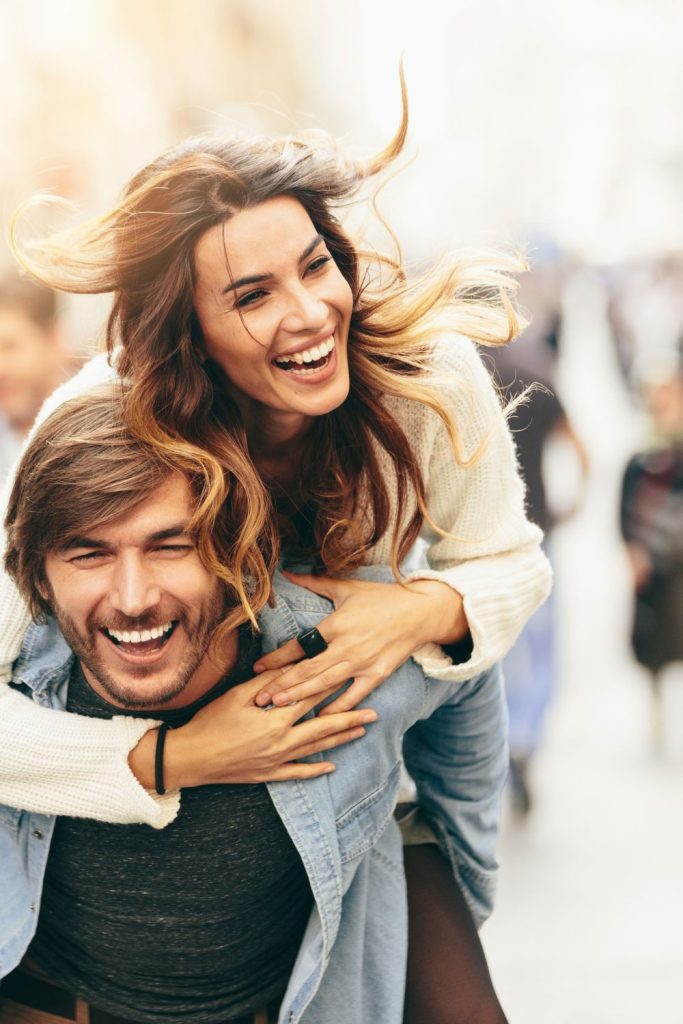 Being playful is one of the most important ways to make a guy crazy about you.

A woman who can be playful and affectionate without seeming desperate or desperate is incredibly attractive to men.

Why do we love being with our friends?

Being playful means that you take joy in being around each other and having fun together.

You can do this by playing games together (going bowling or playing cards) or just joking around.

6. Be confident in yourself 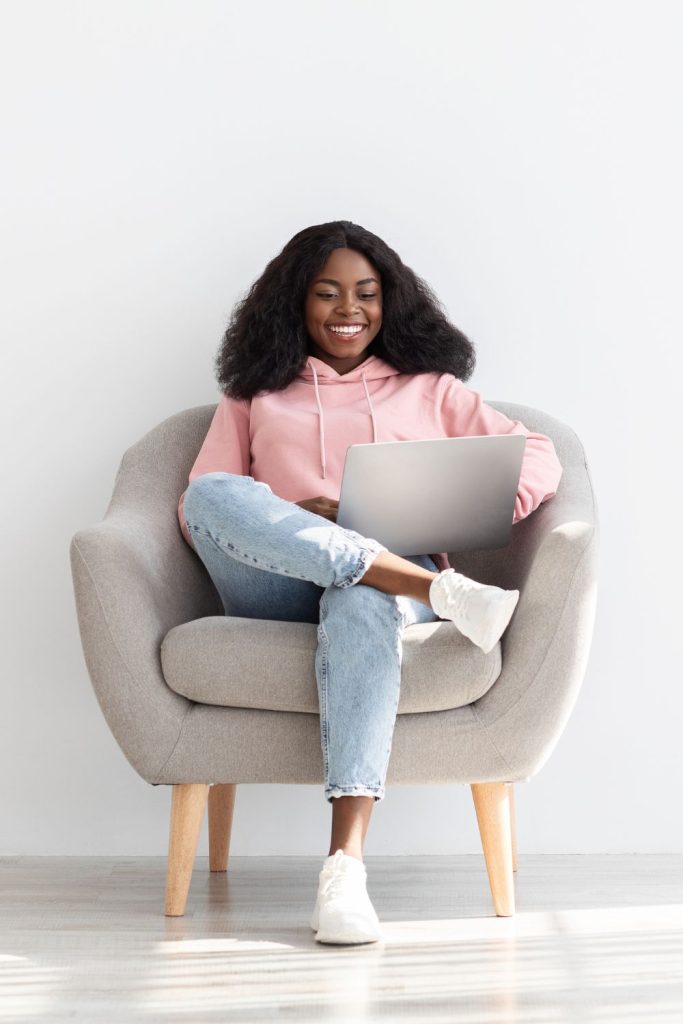 Confidence is sexy, and it’s something that comes from within.

You don’t need to change yourself or pretend to be someone else—instead, own who you are and let yourself shine.

That doesn’t mean you should be arrogant or rude.

It means that you can acknowledge your flaws and still feel good about yourself.

A guy who knows that you’re confident in yourself will be more likely to show interest in you because he’ll feel like he has a chance with you.

Also, when you’re confident in yourself, it shows that you know what you want and how to get it.

It also shows that you’re not afraid of taking risks, which is an attractive quality for men.

Some people think that confidence comes from being able to do something better than anyone else or from having some amazing talent or skill.

But confidence isn’t about being better than someone else—it’s about knowing your worth and feeling comfortable enough to share your opinion with others without worrying about what they’ll think of you.

This is one of the hardest things to do because it’s hard to find that perfect balance between giving him enough information and keeping him guessing.

But if you can pull it off, it will make him crazy for you.

Men love women who know how to keep them guessing.

They want to feel like they’ve got a special connection with you, but they also want the thrill of a challenge.

Be mysterious enough that he wants to know more about you but not so mysterious that he gets frustrated and loses interest.

You want to create a sense of intrigue in interest in him but not so much that he feels like he’s working to figure out who you are. 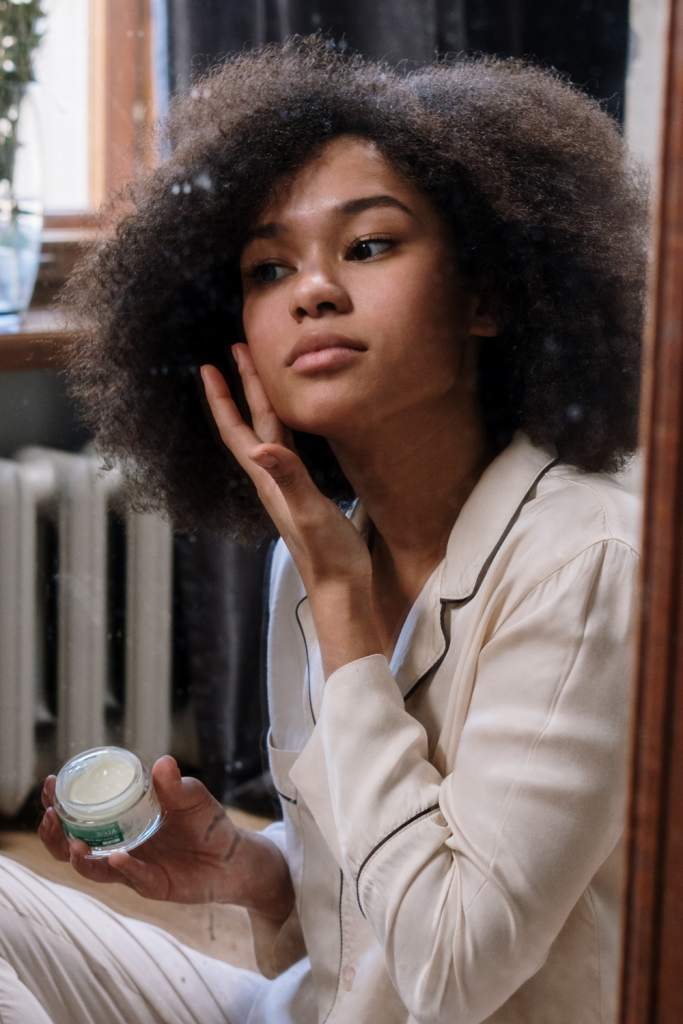 No man can resist a woman who looks good because guys are visual creatures.

And there is no woman who cannot look good!

If you don’t look good, they won’t even notice how awesome your personality and sense of humor are.

You may not be the most beautiful girl in the world, but you can always make yourself look like a million bucks.

Get a haircut and color that complements your facial features.

Wear clothes that fit well and flatter your body type.

Use makeup that enhances your natural beauty instead of masking it with heavy foundation or eye shadow colors that don’t match your skin tone.

Just take care of your looks for yourself first, and getting a guy to be crazy about you is just the icing on the cake.

You can be beautiful, sexy, and all the things that guys are looking for in a woman.

But if you don’t also have brains, it’s not going to last.

If you’re smart, he’s going to respect you and want to be with you because he knows that you’ll be able to hold your own in any situation.

He’ll feel like he can talk about anything because he knows you’ll always understand and contribute something interesting to the conversation.

And when it comes down to it—when he needs someone who will challenge him intellectually or emotionally—he’ll want someone sharp as a tack.

Also, being smart is sexy because it means you’re constantly learning and growing.

And if he’s with someone who is always trying to improve herself, he’ll know he’s got a chance at doing the same thing himself. 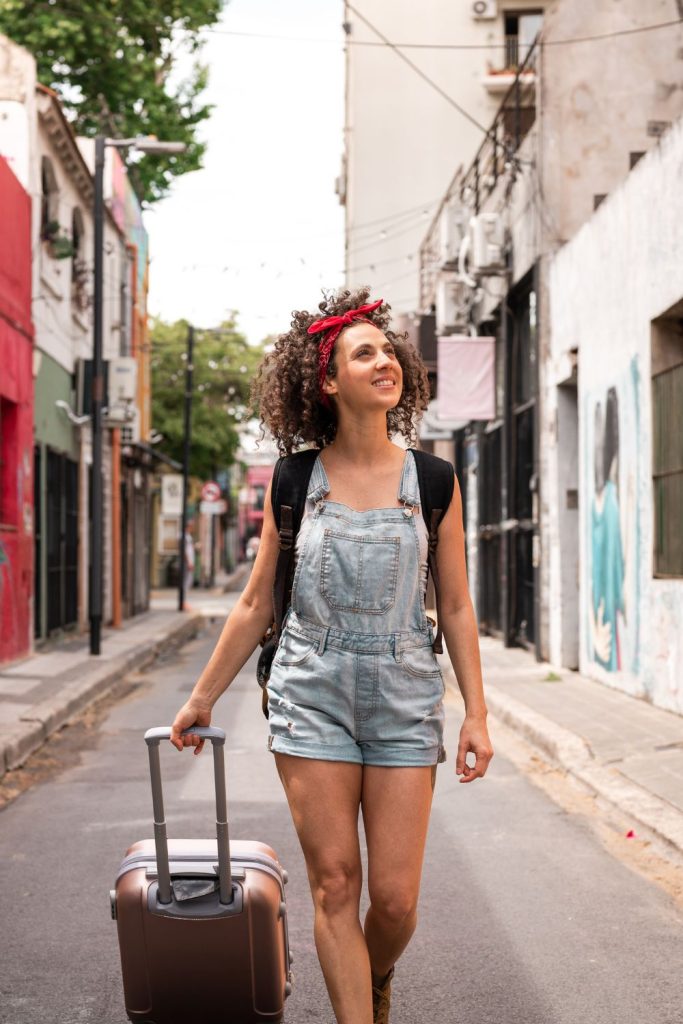 Being independent is a real turn-on for guys.

It shows that you have your own life and set of friends and that you don’t need to rely on him for everything.

It’s also a great way to make him feel less like he has to be the sole provider of your happiness, which is boring for him and unrealistic.

It’s one thing to be able to rely on your friends for help when you need it, but it’s another to be able to get things done by yourself.

Guys love it when you’ve got your own stuff going on in life.

It shows you’re capable of handling yourself outside of a relationship, which means he doesn’t have to worry about taking care of you all the time.

This makes them feel safe, confident, and comfortable in your relationship.

So there you have it: the secrets to making a guy crazy about you.

It’s not rocket science, but if you can follow these steps and put in the effort, you’ll see results in no time. 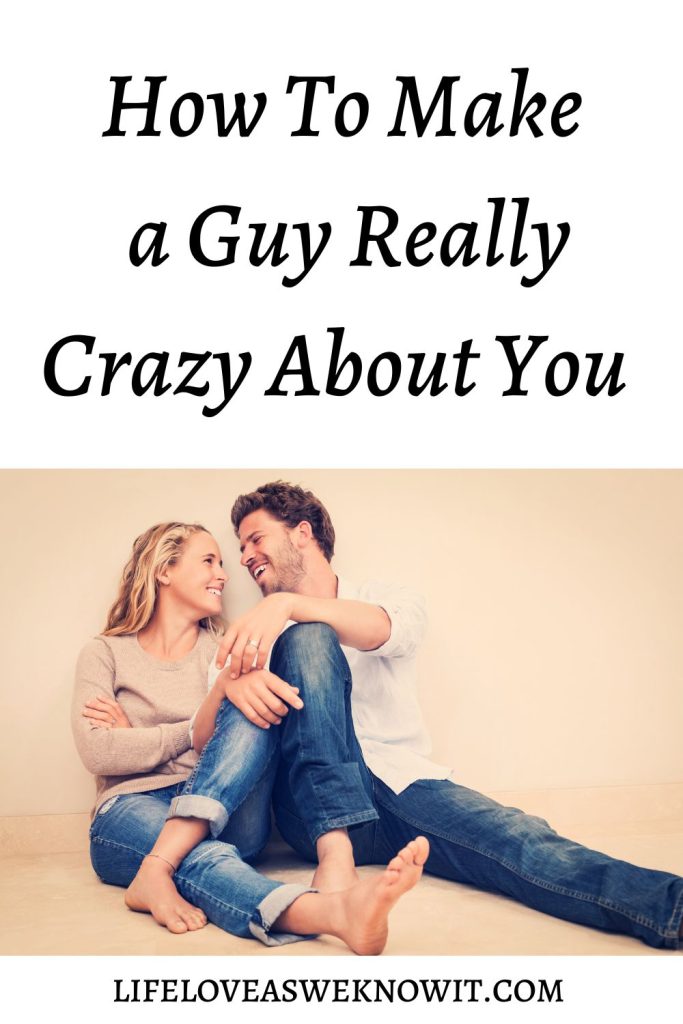