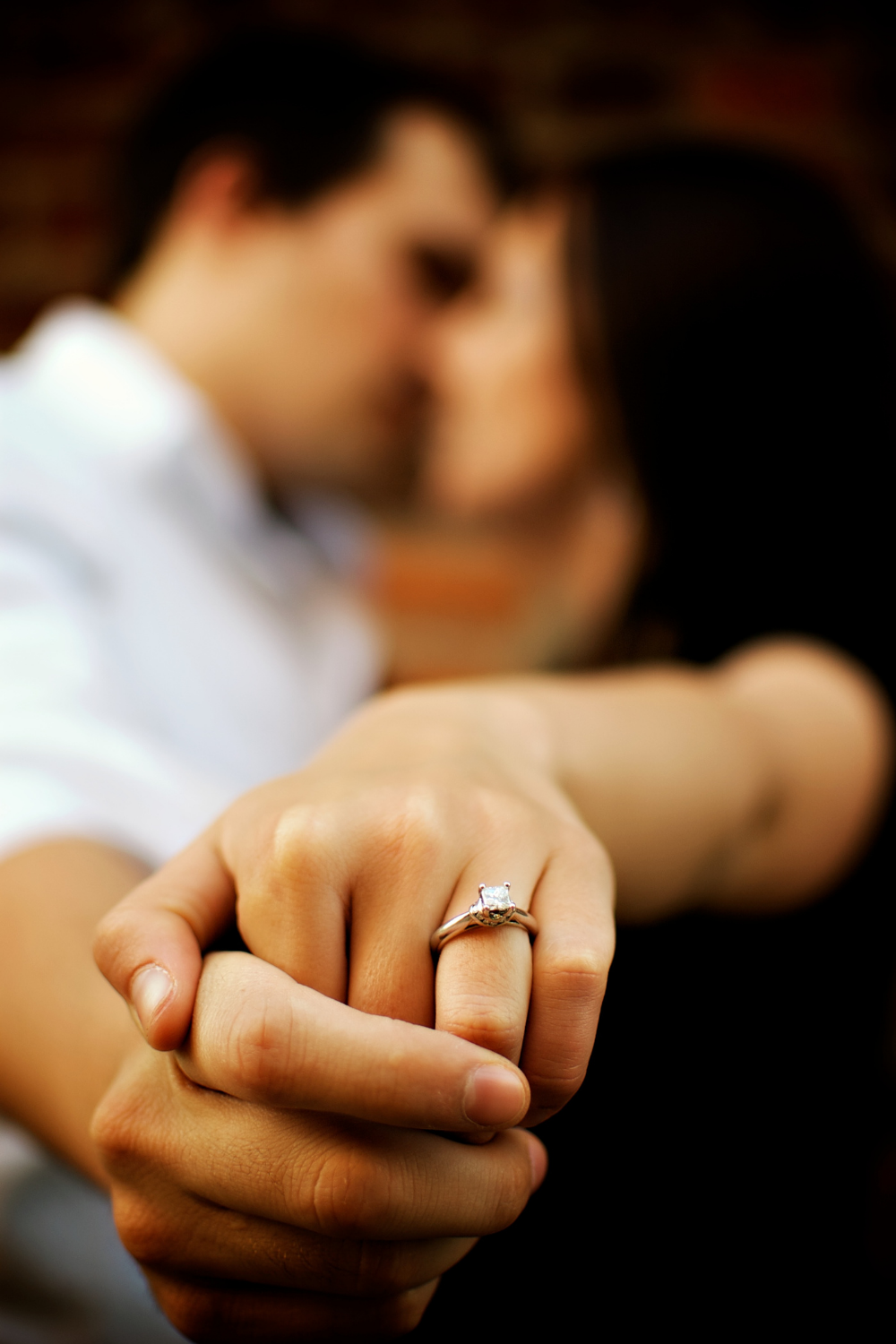 Engagements are special moments in a relationship, but that does not mean your man would buy an engagement ring without careful planning.

If you decide to be direct and ask him if he’s planning to buy a ring, and he says no, it would be embarrassing.

Even if you’re not sure he will propose, there are a few tell-tale signs that he wants to marry you.

Here are some signs to look for when figuring out if your man has bought an engagement ring for you and is thinking about proposing.

9 SIGNS HE BOUGHT AN ENGAGEMENT RING

1 He involves you in the decision-making process 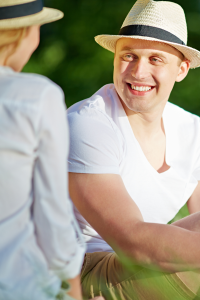 If your man doesn’t don’t to spring his proposal on you, he will involve you in his decision-making process before buying a ring.

Getting married is one of the biggest decisions you will ever make, so your fiancé will want to involve you in choosing the ring.

He may take you ring shopping or ask for your input about what kind of ring you want.

Other guys are more traditional and like to choose the ring themselves, but they still may want to get your opinion on certain aspects of the design or feature.

If your boyfriend starts asking you questions about a ring and if he wants to know more about your opinions on the matter, there’s a good chance he’s already thinking of proposing.

2 He asks for help from other people close to you

Engagement rings are meaningful and special pieces of jewelry, and they’re a symbol of love and commitment.

As such, he’ll probably want to make sure that you love the engagement ring he will eventually choose for you.

If your partner does not have any clue about what kind of engagement ring you like, and he wants to make sure that he gets it right, he might ask for some help from other people close to you; your parents, siblings, or friends might be able to provide some insight into what type of style you would prefer.

He will want to get their opinion to make sure that if he does propose to you, it will go smoothly and you won’t find any fault with his choice.

If you have a friend or family member who has recently asked you what kind of rings you like, there’s a good chance that they’re working with your man on picking out the perfect engagement ring.

3 He talks about marriage with you 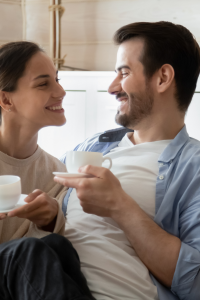 One of the most obvious signs he is planning on proposing is that he will probably start talking about the future.

He may be hinting at how nice it would be if you guys had kids or bought a house together.

The easiest way for a guy to gauge how ready you are for marriage is to talk about it.

He might ask you if marriage is important to you or if you want kids one day.

He may bring up your goals together as a couple and what your future may look like.

He’ll want to know how you feel about big life events before he proposes, so this is just a natural way for him to get your thoughts on the subject without making things awkward.

3 He has been acting anxious, nervous or distracted lately

When you’ve been with your man for a while, it’s safe to say that you have some idea of what his behavior is like.

If he’s suddenly acting differently, it could be because he’s bought an engagement ring and is secretly planning to propose.

You may notice him acting differently or out of character.

He may start getting fidgety or giving strange excuses for why he has to leave the house.

When someone is getting ready to propose, their anxiety goes through the roof.

He may withdraw emotionally or physically during this time, but don’t worry; it’s only temporary.

4 He gets more mindful of his appearance 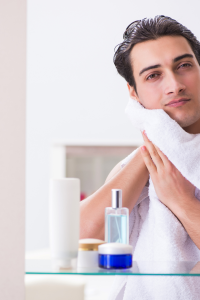 He suddenly goes on a diet out of nowhere.

He starts working out more often than usual.

It’s only natural to want to feel his best when you say “yes” and get engaged.

So, this is a great way for him to be prepared before getting down on one knee.

5 He starts being more protective with his phone and computer 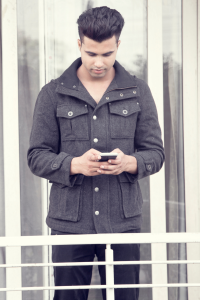 When a man is preparing to propose to his girlfriend, there are a lot of preparations that go into it.

He will have a lot of things to take care of concerning the purchase of the engagement ring.

He may be making secretive phone calls.

A large percentage of engagement rings are purchased online these days.

A guy buying an engagement ring will likely have been doing some research about rings and jewelers in the area.

This means that he will probably have been looking at websites for jewelers, reading reviews of rings and looking at photos of different styles of rings.

This can be a dead give away if you share a computer with him or if you happen to see what websites he has visited on the internet.

6 He may be more affectionate than usual 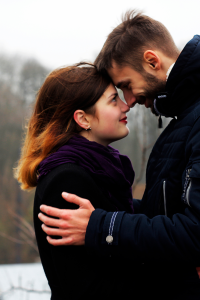 You may notice that your boyfriend is more attentive or affectionate towards you this period of time.

If your boyfriend becomes much more affectionate than usual, there could be a good reason for it.

He might be spending a lot of time thinking about the proposal and how much he loves you.

This can make him want to spend extra time with you and show his affection in many different ways.

If this behavior continues for a while, he may have already bought an engagement ring. 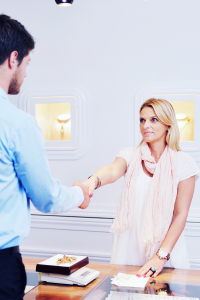 One of the signs that he is planning to propose that you may notice if you pay enough attention is that he has been spending a lot of time at the jewelry store.

This is usually done in secret so that they can find out what styles you prefer without you knowing what he is up to.

And in fact, some couples don’t even choose the exact ring they want prior to shopping; they rely on the expertise of local jewelers.

He might even have someone else go in or carry out the mission all by himself.

If your boyfriend is spending an excessive amount of time at the jewelry store, there is a good chance that he has bought an engagement ring.

A man who is about to propose may not want you to make any major decisions that could affect your life together as a couple or as married people.

For example, if you tell him that you are going for an interview for a job in another city, state or country, he might say something like, “Let’s think about this.”

This kind of comment indicates that he doesn’t want anything to change, because he knows what is coming and doesn’t want to jeopardize his plan.

9 His friends act strangely around you, as if they know something you don’t

It’s easy to think that your boyfriend would want to keep the news of his impending proposal a secret, but his friends might not be so quiet.

If it seems like they’re acting strangely around you or giving him knowing looks, it might be because they know what’s happening.

While it does not necessarily mean that he has bought a ring, it does suggest that he is discussing the prospect of marriage with his friends.

Some guys want to keep the proposal a secret, so they enlist the help of their friends.

So, if his pals suddenly start acting weird around you, it might mean that they are in on the big plan, and they’re trying to cover it up.

This can be especially true if they start asking questions about your ring size or interests, if they avoid talking about marriage and engagements when you’re around, or if they seem extra chummy with him.

Getting engaged is a big decision, so most men plan out the proposal in advance and often tell their friends about the plans.

If you have an inkling that he’s planning to pop the question, you may be able to figure out if it’s true by watching his friends’ behavior around you.

If you’re wondering if he’s planning on popping the question, those are some signs he has bought a ring.

An engagement ring is an important purchase for most men, so if he’s going to do it, you will notice signs.

It is not uncommon for men to be secretive about their purchase and keep it hidden until the proposal.

But if your man doesn’t do any of these things, don’t worry.

It doesn’t mean he’s not planning to propose.

He might just be taking his time or saving up for a ring.

Or maybe he’s waiting for the perfect moment.